Mauritius. It’s in Africa. (And other things you might not know).

You might be eating an Indian Curry while chatting to your waiter in French while fireworks go off for Chinese New Year. But guess what, you’re in Africa. Mauritius is nothing like mainland Africa. If you had to liken it to anywhere, it would be India. The only lions and giraffes you will see will be at Casela.

The only people who stay in little huts on the beach with thatched roofs are tourists. The rest of the population live in boxy, concrete buildings that are often unfinished and unpainted. When a Mauritian finishes their house, they have to pay tax on the property. The solution? Don’t finish building your house.

TripAdvisor forums are awash with well-meaning tourists sweating over Mauritius’s stray dog problem. And there are a lot of pups wandering around, but they are nowhere near as prevalent as ten years ago.

Mauritius has a relatively humane non-profit called PAWS that have been neutering dogs all over the country. If you’re worried about a particular doggy, you can call them.

It’s a nice mash-up of French, Hindi, and English with a lot of Zs.

5. Most people don’t leave their resort.

And it’s a damn shame. Once you lose your idyllic expectations of Mauritius, the island has bucket loads of character, delicious food, and friendly folk who are always down for a glass bottle of coke (with a splash of rum).

The island’s population is powered on bread and rotis. Bread is such staple of Mauritian life they have replaced the word “Lunch” for “Bread.” As in, “It’s time for bread!” For a bread lover like me, this is great. You can buy fresh baguettes all over the country for about Rs5.

Rotis, the other pillar of Mauritian cuisine, are flat bread filled with a couple of different types of curry. A classic roti will have a yellow broad bean curry, a red tomato based curry, a splash of green chilli, and maybe a pickled salad of carrots and cucumber. A roti will set you back Rs10-15.

7. Off the beaten track is where you want to be.

Try Le Morne for clear sea water and stunning mountain views. Seek out Pt D’Esny for a beach that the locals love. Get a fisherman to take you to a deserted island. Or take a flight to Rodrigues for something different.

Rodrigues is what Mauritius was like 20 years ago. It’s tiny, quiet and there’s not much to see, but it is really special. Locals live very slowly, and honestly, they’re probably a bit drunk most of the time. Look out for squids flapping in the breeze and unruly pigs snuffling in the bushes.

9. Mauritians have a case of Resting Bitch Face.

I love them, I do. But customer service is not Mauritius’ forte. Supermarket cashiers might be the worst offenders. Once you crack through the ice, maybe with a compliment or a joke, they often lighten up a little.

Come the weekend or a public holiday, you are hard pressed to find a spot on a public beach to set your towel down. Mauritians don’t just bring a picnic basket either. They bring almost everything they own.

11. There’s a McDonalds, but KFC is your place.

12. You can walk with lions. Doesn’t mean you should.

Casela Bird Park is one of the biggest attractions on the island. You can ride quad bikes, walk with lions, and see cheeky lemurs in action. This is the most “Africa” you will get from the island. Be wary though; The Lions seem a bit too docile and are bred in captivity.

13. There are weird parts of the island that even the locals don’t visit often.

The North-East Coast doesn’t get a whole lot of love but there are definitely some more wild, beautiful parts to be found there.

14. The best snorkelling is the Blue Bay Marine Park.

Snorkel from the beach at any of the resorts and you’re lucky to see a few patches of coral and some zebra fish. The Blue Bay Marine Park offers awesome snorkelling off the beach. From Blue Bay, walk right around to the far end closest to the airport. The water is deep, and there are a few boats around, so make sure you take a bright floaty to make yourself visible.

15. There is a big volcanic crater in the middle.

Mauritius was formed by volcanic activity, although all the volcanoes are now dormant or extinct. There is a big crater in the middle of the island called Trou aux Cerfs and locals love to walk around it for the evening’s exercise in bright synthetic tracksuits- no matter how hot it is.

16. They have their own dumplings called Boulettes.

They are delicious and cheap. Try them. The cabbage ones taste a bit like glue (which I don’t hate).

17. Take a hike through the Black River Gorges.

There are so many hiking trails in Mauritius but this one is a firm favourite. Sweeping views, guavas when in season, and monkeys that chatter through the trees. Make sure you jump in any waterholes you come across.

Read: A Guide to Inland Mauritius: Curepipe to Chamarel

18. The seven waterfalls: Hidden, but stunning.

In the centre of the island is a chain of waterfalls called the seven waterfalls. You can hire a guide to take you trekking, or you can just view them from a lookout at the top.

A misleading name for a beautiful place. Ile aux cerfs is a little island that is popular for tourists to spend the day. If you want to go Parasailing, this is your chance- Just bargain the price down (a lot).

20. Budget options? There’s not many.

Mauritius is a luxury destination which means two things: You get a lot of Honeymooners, and there are only a handful of decent mid-range accommodation options. With AirBnB, there are a few more choices, but it might be worth saving the extra pennies for a more luxury experience.

Looking for a sleazy club or a bali-esque bar? The North has it all.

22. But the party only starts at Midnight.

Most of the clubs only open at around 11 pm. By which time, I am asleep.

23. There’s only one real surf beach. And it’s not great. Try kite surfing instead!

Just before you hit Black River, there is a little surf beach tucked away that is popular with locals and tourists. The surf? It’s nothing special. Kite surfing is a hugely popular activity all over Mauritius, so maybe give that a go instead. 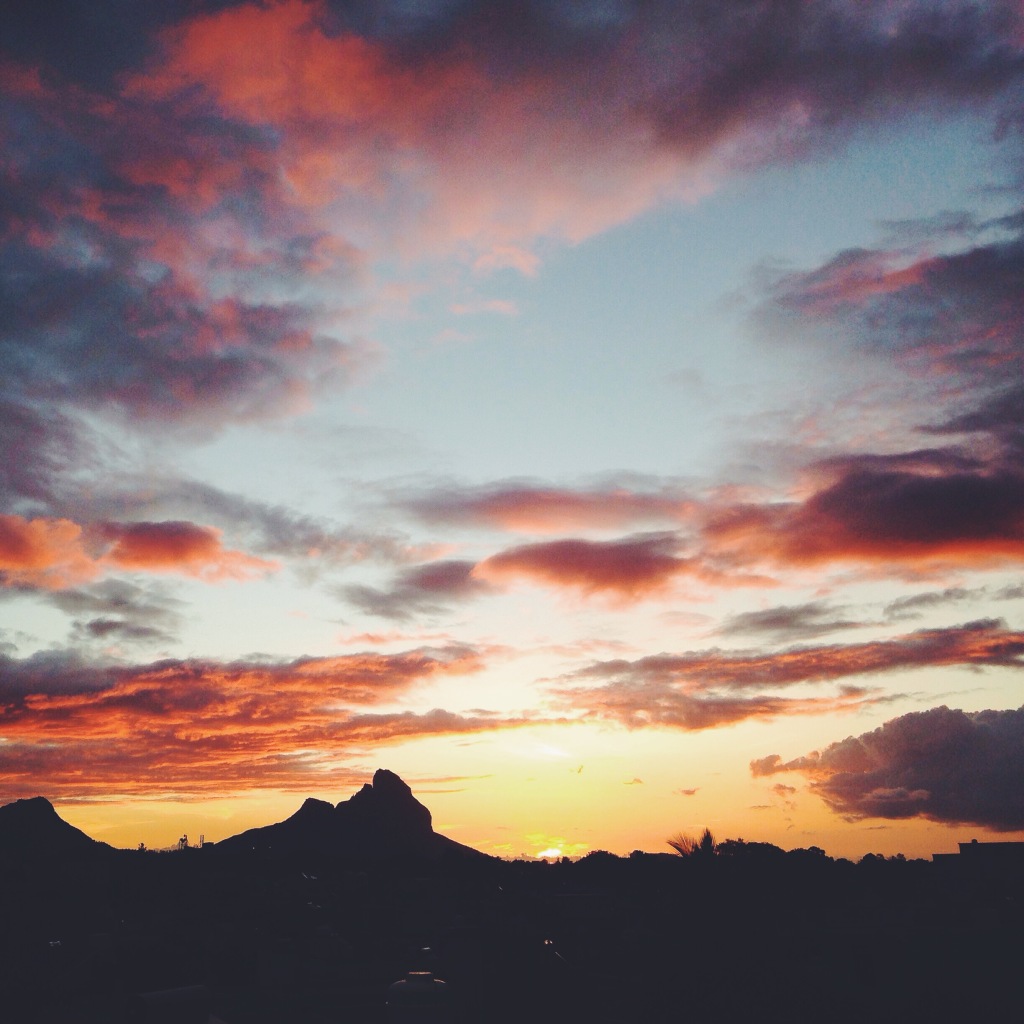 The Mauritius in the postcards is sunny and bright. The reality is that the weather in Mauritius can be very up and down with a lot of cloudy days and rain. This is not a bad thing; it is just how the weather in the Tropics is. Embrace the downpours and the moody days.

25. Mauritius: It’s one of my favourite places on earth.

The little island has been firmly planted in my heart. Just maybe throw away the idea of a picture-perfect paradise before you go.

Have you been to Mauritius? What did you think? Let me know in the comments below!